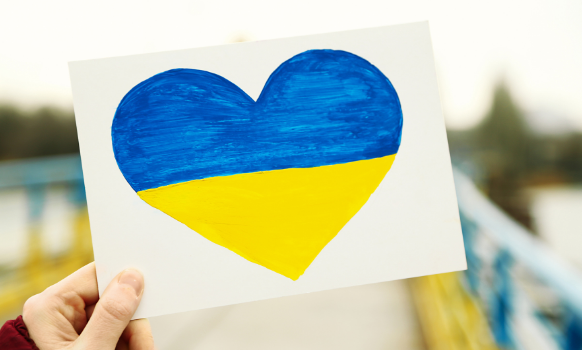 Since Russia invaded Ukraine on February 24, 2022, we have all watched these past weeks as violence and destruction have continued to escalate.  As more than 2 million Ukrainians have fled their country to seek safety, the biggest question we’re asking ourselves is: how can we offer immediate help and support for Ukrainians in this war?

One way to bring immediate help to Ukrainians is to donate to charity organizations offering aid during this conflict. There are, however, some factors to consider when choosing where to donate, so we’ve come up with some quick donation tips to follow before making your decision.

We’ve also compiled a list of charities that are currently supporting Ukraine to help make your donation decisions easier.

Vostok SOS –  is also based in Ukraine, and partners with German-Swiss NGO Libereco to provide immediate evacuation support to Ukrainians attempting to flee their homes. Vostok maintains a hotline for Ukrainians in need and, going forward, hopes to provide trauma support to victims of the Russian invasion.

Canada-Ukraine Foundation appeal – it isn’t possible to send containers and shipments into Ukraine. This charity is raising donations to buy food and blankets inside Kyiv to distribute. A donation today will be distributed in 7 days

Doctors Without Borders/MSF Canada –  has the best track record in speed, effectiveness and reporting. As of March 3, 2022 MSF’s Ukrainian operations are based out of the relatively calm city of Lviv in Western Ukraine. It is coordinating with Ukrainian hospitals to assess their needs, restock medical supplies, especially surgical supplies to deal with mass casualties that are running low. Supplies are being trucked in.

Please note that MSF’s policy is not to raise money for a specific appeal. Donations will be used for all of MSF’s work. That said, looking back over prior crises, MSF spends more on disaster response than other charities which have special emergency appeals.

Save the Children Canada – Save the Children is scaling up to distribute winter kits and hygiene kits and providing cash grants to families so they can meet basic needs like food, rent and medicine as well as support to children to overcome the mental and psychological impact of conflict.

Help Us Help –  A federally-registered Canadian charitable organization focused on humanitarian aid and educational projects in Ukraine and in Canada. It is raising funds to help with the relocation of children, scholars and veteran families in Ukraine as well as humanitarian and medical assistance.

GlobalMedic – A registered Canadian charity that has provided disaster relief and life-saving humanitarian aid since 2002. GlobalMedic has worked closely with partner organizations in Ukraine for a number of years. However, due to the current political and security situation they’ve suspended humanitarian operations in the Eastern European nation and are focusing their efforts on supporting those exiting Ukraine into neighbouring countries and collecting funds to facilitate this operation.

Canadian Red Cross – The Red Cross and Red Crescent Movement are collecting funds to help Ukraine, which has been impacted by almost eight years of conflict. Donations will support both immediate and ongoing relief efforts, long-term recovery, resiliency and other critical humanitarian activities as needs arise, both in Ukraine and surrounding countries, including those who are displaced.

The federal government has announced it will be matching up to $10 million in Red Cross donations from individuals, up to $100,000, who want to support the people of Ukraine. The donation-matching campaign began on Feb. 25 and runs until March 18

UNICEF – Donations will support the organization’s ongoing programs and response to the escalating need in Ukraine by providing communities with safe water, urgent medical aid and health-care services, child protection and education.

Sunflower of Peace – An American charity raising money to put together first-aid backpacks for paramedics and doctors on the front lines. The fund has surpassed its goal—$200,000—but is continuing to fundraise.

The United Nations Refugee Agency – has stepped up their operations and capacity in Ukraine and neighbouring countries to ensure that Ukrainians forced to flee their homes are sheltered and safe.

Veterinarians Without Borders Canada –  has launched an emergency fundraising campaign, saying “thousands of animals in shelters across Ukraine are in desperate need of food, water and basic resources in order to survive.” The organization said it is working with those on the ground to help support shelters to transport food and to provide support to people and animals who are fleeing the country.

As the conflict continues to escalate, one of the biggest and most simple ways we can help is to keep ourselves informed about the conflict and to be careful about where we are getting our information. Disinformation on social media is one of Russia’s favourite weapons of war and amplifying it can be dangerous and harmful for civilians.

As always, we encourage all to donate purposefully and make sure that where you are sending support directly aligns with your values. If you have any questions or concerns, or know of a charity that should be added to this list, please feel free to message us at brokersofgood@heartpress.ca.

Get in touch. HeartPress is the go-to resource for businesses to help during the COVID-19 outbreak. Our non-profit partners are counting on the support of local businesses and individuals more than ever. Contact us to find out how you can help.